As promised, now follows the 2nd part of our trip to the capital of Georgia.

After a restful and starry night at Green Lake, we set out later that morning. Past idyllic mountain villages, after another ascent, the route then went rapidly downhill on excellent asphalt. Knowing that from the height of the pass the road will then consist only of gravel, we enjoyed this all the more. On the gravel we then needed almost 3 hours for 30 km (all downhill). The lower we got, the hotter and drier the landscape became.

The next big highlight on our route is the cave town of Vardzia, a cultural monument built in the 12th century and a UNESCO World Heritage Site. The builder was the Georgian king Giorgi III, who planned the city as a border fortress against Turks and Persians. His daughter, Queen Tamar, completed the structure and established it as a monastery. During a military conflict with the Seljuk Turks, she lived in the city with her entourage from 1193 to 1195. Originally, 3,000 apartments on up to seven floors had been built for the residents, providing space for 50,000 people.
The way there led us through one of the most beautiful landscapes we have encountered so far. The Kura River meandered along the rocks and let us immerse ourselves in our daydreams. A few kilometers further Khertvisi Fortress appeared. It is one of the oldest fortresses in Georgia and immediately encouraged us to take a drone flight, as it immediately captivated us with its majestic appearance.

Arrived in Vardzia, we visited the cave town the next day. It was just as impressive as advertised everywhere. You climb through original cave passages and get an impression of the life at that time. Five monks live there even today.
By chance, during the tour, we met Gocha, a tour guide who was taking a break. After a short conversation, he inquired if we already had a place to stay for the night, since he runs a guest house with his wife on the side. We said yes, whereupon he made us a suggestion: he would pick us up at our accommodation after work and take us to his home for dinner. They had good wine and his wife was an excellent cook. Moreover, he knows a secret hot spring where you can bathe. He would like to show us this place as well and then drive us back home. All in all, it should only cost 70 GEL (Georgian Lari, about 20 CHF).
Once again, it should be emphasized that Georgians always make such offers in a very friendly and never pushy manner. Not like “Hey my friend, special price for you” as sometimes known from other countries.
We gratefully accepted the offer and he picked us up on time at the agreed location. After a zig-zag ride past herds of cows, we arrived at his beautifully situated Guest House. A deliciously laid table full of Georgian specialties including a gigantic jug of wine 🤪 was already waiting for us. Bellies full, jug empty, we made our way to the hot spring.
We were astonished when he stopped at a barrier to an industrial site. There, rather than dissolving us in hydrochloric acid and making us disappear, he explained that the hot spring also yields plenty of CO2. In a large tank, the CO2 for Coca Cola is discharged and the hot water runs into a large natural pool 😃.
Uninhibited, Gocha took the initiative and jumped naked into the pool. We followed it and enjoyed the beautiful view and the warm thermal water.

Gocha was not the only nice encounter in Vardsia, we met Michael from Berlin. He is traveling by bicycle in the opposite direction, so we could give each other tips for the upcoming route.
Through him we knew that our planned route was really there and rideable (on some maps the road was not marked). Only the steep ascent over terrible gravel was not recommended, because he already had big problems with it downhill. So we decided to organize a driver for this part 🙃.
After an hour-long bumpy ride to the top, we were rewarded by breathtaking steppe-like landscapes. We felt like we were in Mongolia 😍.

The steppe landscape continued for a while. Later we followed a road with little traffic and three very beautiful lakes. We camped at two of them. At one, just before Tbeti, we were approached on the street by a Frenchman who runs a hostel nearby and inquired about our place to stay. Since we still had no plan (as usually), he said, we should go to his hostel and already put up the tent there, he would then join us after his shopping. There would also be a barbecue in the evening. We gratefully accepted the invitation.
We didn’t regret it for a second, because it turned out to be a fun evening with new acquaintances. More and more people joined us who were on a hiking or kayak tour during the day. The Frenchman made his own wine and cheese, both were super tasty.
Tired, we said goodbye to the group at midnight. When we crawled out of the tent the next morning, rested, one after the other apologized for the noise during the night. They asked if we could sleep for even a second. We didn’t even know what they were talking about, our sleep was great!

As we then learned, the Georgian neighbor and the other hostel guests were still partying until dawn right next to our tent. The wine was apparently so good that one person even spent the rest of the night on the toilet 🤢😅.

For our “Tips and Tricks” box, here is the following advice that has saved us from a sleepless night many times.

Beni knows someone in Wettingen who makes custom silicone earplugs. We treated ourselves to these before the trip and would not give them away again 😃! They don’t keep out all noise, but they are certainly worlds better than the conventional earplugs. Here is the link and contact details of René Berz (RB-Tech GmbH), if you are also interested.

This is how it looks: 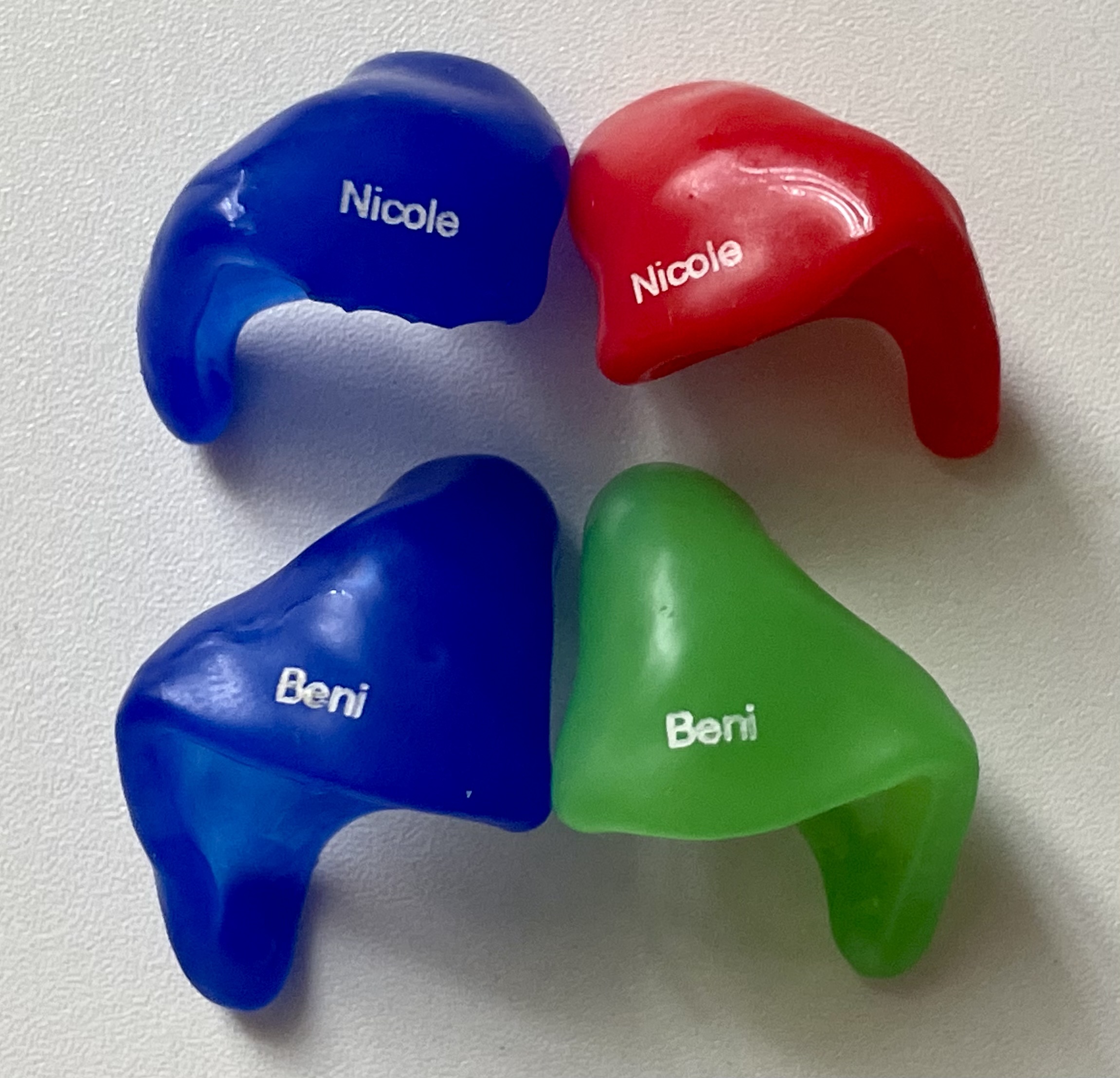 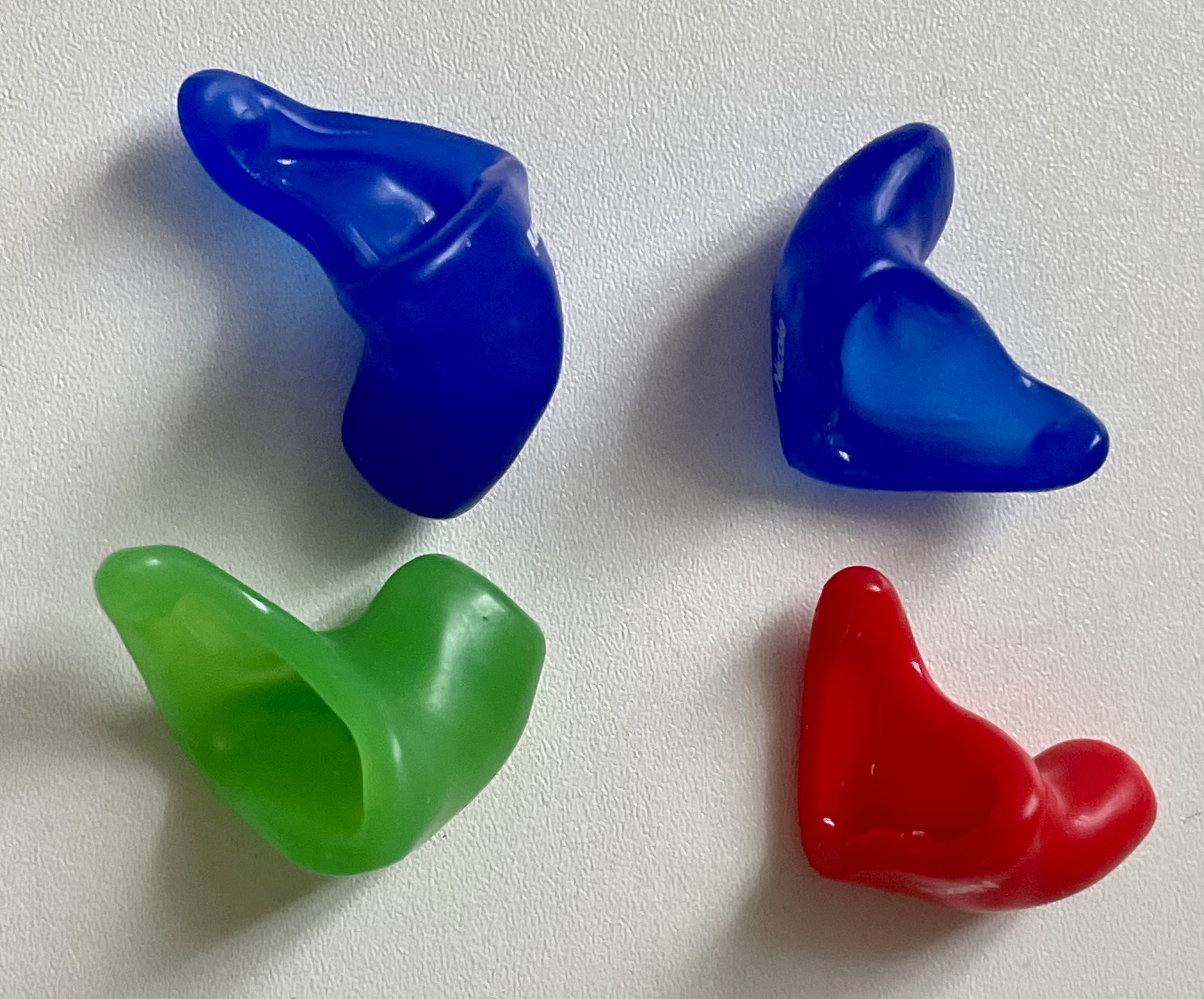 Pictures along the beautiful lakes:

More rested than the others, we set off early, because Tbilisi was only two bike days away. On the last day, another amazing descent was waiting for us. Fabulous 1,440 hm on best asphalt downhill partly with top speeds of 70 km/h 💪🏻.

The first week in Tbilisi flew by. The following was on the agenda: sightseeing, writing blog, planning the onward journey, meeting Dario & Lisa, enjoying food, working and much more 😅.

For even more insight into our everyday cycling life, check out our latest video:

Buy Us a Coffee