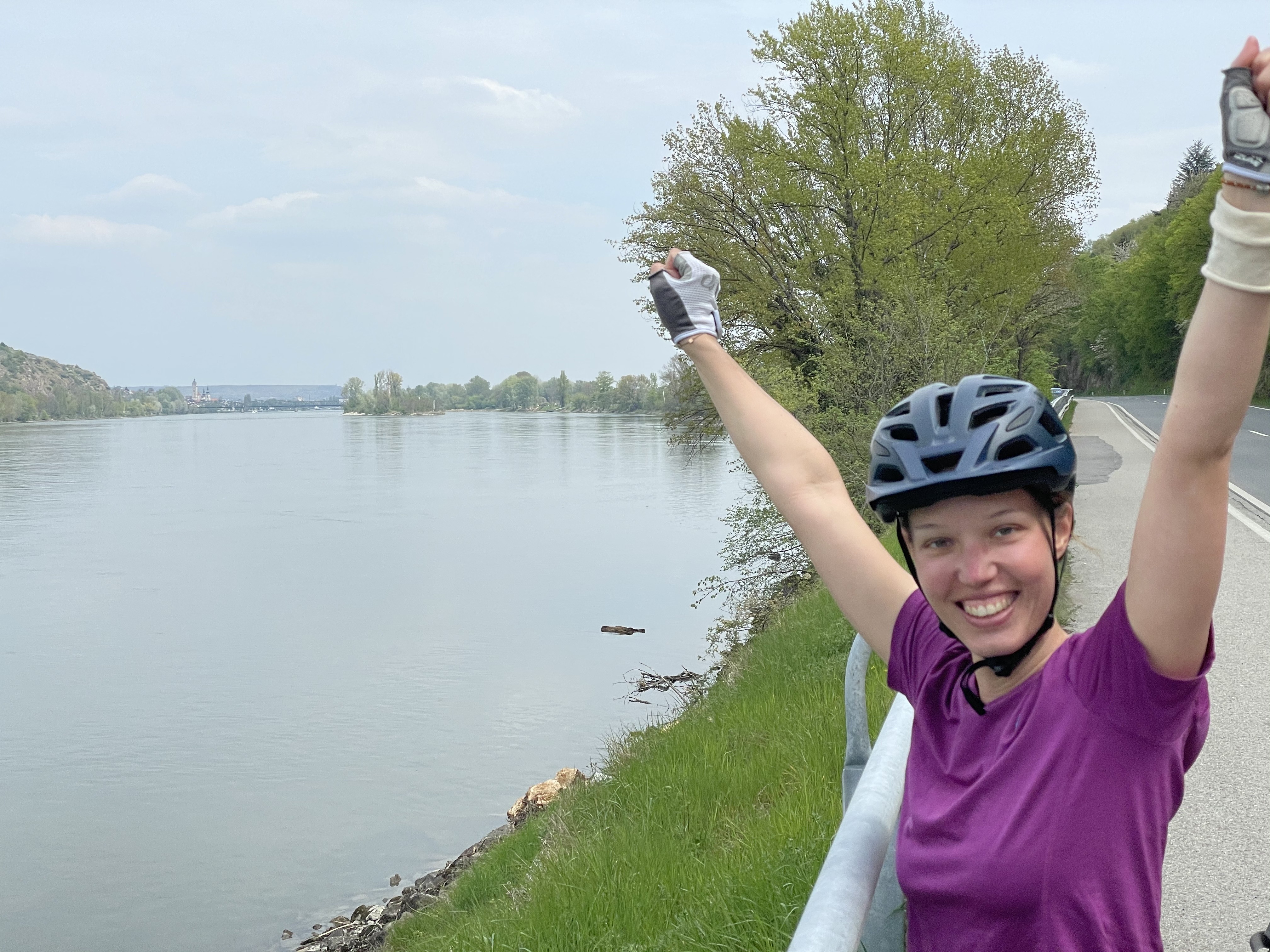 Shortly before Krems we had cracked the 1,000 kilometer mark 😃🥳!
Nicole’s 5 minutes success dance we have unfortunately not filmed 😆…

In the meantime we have already cycled through half of Slovakia and are very happy to have hilly landscapes around us once again.
This is also reflected in our altitude balance. Once on top, the country shows its most beautiful side with fragrant rape fields, forests shining in all shades of green and many small villages.

Once when we couldn’t find a wild camping spot in a valley, we had to ask several locals for help with the translation app. When we finally found 3 helpful women in a small grocery store, they called a hostel owner for us and thus secured us a place to stay. It turned out that a phone number for the booking was pinned on the door – which we could not read on the one hand and on the other hand the hostel owner would not have understood us on the phone anyway. Fortunately, we can count on people’s willingness to help.

A special stop was the town of Banská Štiavnica recommended by Henryk (our 1st Warmshowers host in Slovakia).
In the 18th century, Banská Štiavnica became the largest center of precious metal mining in the entire Habsburg Monarchy.

Beautifully situated above the city is the Calvary hill. The Baroque ensemble, laid out as a pilgrimage route on a mountain, consists of 25 stations, including 24 chapels, 2 churches and the Holy Staircase. Together with the historical old town and technical mining facilities in the surrounding area, it is part of a UNESCO World Heritage Site in Slovakia.

After Banská Štiavnica we continued to Zvolen, where we took a break due to bad weather.
Continue now in the direction of the National Park “Slovak Paradise” 😃.

Buy Us a Coffee